The first residents of Iowa, including the Cedar Valley, were primarily Scandinavians, Slovaks, Hispanic, German, and Greek immigrants. The first permanent residents of Cedar Falls, or what was then called “Sturgis Falls,” were William Sturgis and his brother-in-law, Erasmus Adams. These settlers first came to Sturgis Falls in 1845 and were attracted to the area because of its timber, prairie for farming, and the Cedar River for its drinking, transportation, and power potential.

In 1850, John and Dempsey Overman, together with John Barrick, bought out the Sturgis family and renamed the community “Cedar Falls.”

In 1853, the Black Hawk County commissioners convened in Cedar Falls and located the seat of county government in the community.

During the 1840s and 1850s, a steamboat named the “Blackhawk” operated along the Cedar River between Cedar Rapids and Waterloo. However, the shallow depth of the Cedar River between Waterloo and Cedar Falls prevented the steamboat from serving Cedar Falls, which also caused friction between the communities. Between 1855 and 1860, Cedar Falls grew from approximately 450 persons to just over 1,500. Shortly thereafter, the area began to develop, and the following “firsts” occurred including a post office in 1850, schoolhouse in 1853, and railroad connection in 1861. 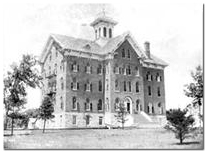 In 1863, what is now known as the University of Northern Iowa (UNI) began with the Civil War Soldier’s Orphan Home, which was later renamed to Old Central. Ultimately, the facility changed its focus and it was renamed several times to the Iowa State Normal School in 1876, the Iowa State Teacher’s College in 1909, and in 1961 the State College of Iowa.

Finally in July of 1967, the State College of Iowa became known as the University of Northern Iowa.
In 1911, J.G. Wyth, P.C. Petersen, W.I. Hearst, and Jens Nielsen pooled their engineering and financial resources to start a company that produced a gear rotary pump. With Wyth as the President of the new company, what was to become Viking Pump, the business began producing a limited number of pumps with two employees. Other prominent landmarks and community facilities were being constructed during this time including Sartori Hospital and the Cedar Falls Bible Conference. 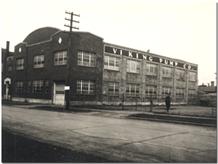 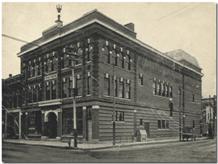 Work began on Sartori Hospital in 1914 and the facility was dedicated in February of 1915 as a 30-patient facility. During this same time period, Prohibition was strongly supported in the community. Overman Park and College Hill Park were also established and religion became an important influence on the community as the first Cedar Falls Interdenominational Bible Conference was held in 1921.
Between 1950 and 1980, the City of Cedar Falls had one of the fastest growing municipal populations in the State of Iowa. This was spurred primarily by economic growth in the Metropolitan Area: namely John Deere and Company, Rath Packing, and Chamberlain Manufacturing all in Waterloo; a tremendous growth in UNI enrollment; and emphasis by civic leaders on quality of life factors in the community. Also during this time, and up to 1990, open enrollment of students and the Price Lab School at UNI were very important issues facing Cedar Falls.

Today, the City of Cedar Falls takes pride in its schools, its relationship with UNI, strong leadership, and development being experienced by the community. The City has a strong desire to: maintain its identity through leadership; foster growth and development; and to improve services and its quality of life amenities whenever possible.
Service Request
Notify Me®
Currents Newsletters
Rec Program Registration
Hearst Program Registration
To Top
[]